In March this year, a 16-day shoot was held across the Innsbruck region for the Indian action film “Tiger Zinda Hai.”

Locations included the city of Innsbruck itself – the Capital of the Alps –  and the surrounding villages of Praxmar, and Kühtai – as well as Kaunertal and Hall in Tirol in the Tyrol region.

In a measure of the popularity of the project, the song “Dil Diyan Gallan” (“Words of my Heart”), which was shot in the Innsbruck region, has now been published in the build-up to the film’s launch – and is enjoying an incredible figure in excess of 34.7 million clicks.

Songs often associated with dance scenes are important elements for Bollywood films and are made available before the movie is released to promote the actual film.

Bollywood superstars Salman Khan, as Agent Tiger, and Katrina Kaif, as his wife Zoya, were directed in Tyrol by Ali Abbas Zafar.

The song features landmarks in Innsbruck’s Old Town including the famous Golden Roof (Goldenes Dachl) and the Imperial Palace along with scenes in the village Praxmar and the Kaunertal valley. Further recordings were also made in Hall in Tirol, as well as gripping action scenes in Kühtai.

Katrina Kaif found Innsbruck and Tyrol exceptional locations for the film. She said: “I love Innsbruck, especially since I’ve been to film twice in Tyrol.

“It is so idyllic and you can just feel the nature that surrounds Innsbruck. The landscape is really spectacular.

“The filming was very well organised and it was a great pleasure for me to shoot in Innsbruck.”

Director Ali Abbas Zafar also appreciates the advantages of the filmland of Tyrol. He said: “Filming in Tyrol was a dream – the impressive beauty of the Alps in combination with the history and culture of the country is a blessing for all filmmakers.”

The international film crew included many local filmmakers who were able to prove their capability and skill under the challenging conditions of snow-capped mountains and icy weather conditions. 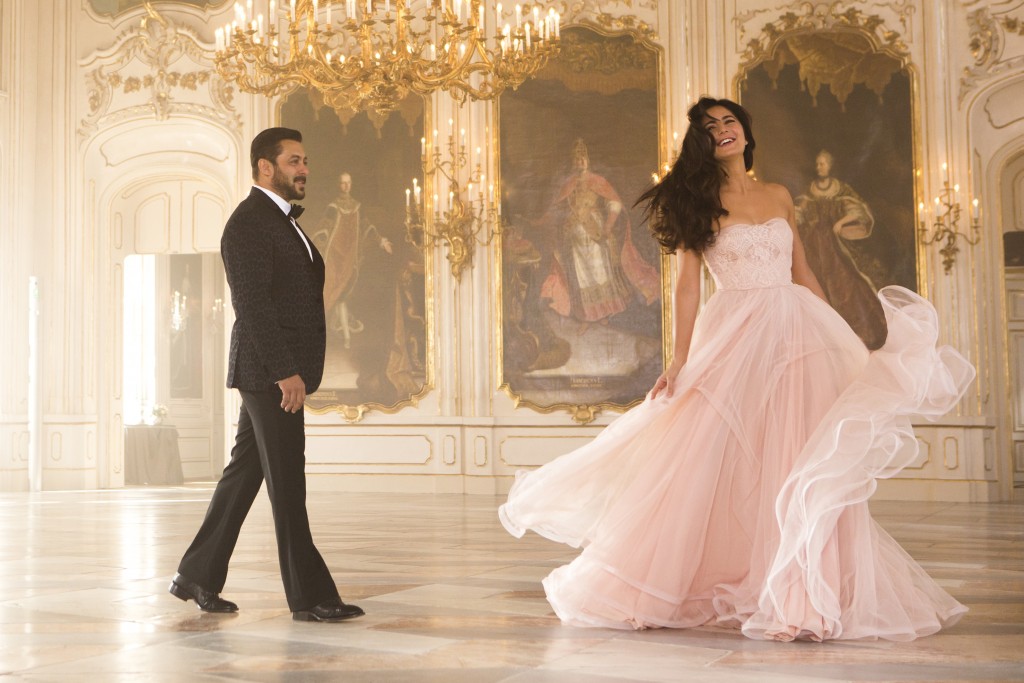 Production Manager Sudhansu Kumar said: “To shoot with such a high professional team was great.

“Each location, from the Innsbruck city centre to the mountain peaks, was excellently organised and coordinated.

“We were looked after by the local team so that it was especially easy for us to shoot the ‘Tiger Zinda Hai’ in Tyrol.”

Key to the acquisition of this largest Indian film production so far in the region has been the excellent cooperation of partners such as the Innsbruck tourist board/Innsbruck Tourism, City of Innsbruck, Location Austria/FISA – Film Industry Support Austria and Cine Tirol – as well as Robinville and Creative Creatures.

The exceptional support from the other municipalities, tourism associations and mountain railways in the pre-recorded regions have also drawn praise from Aashish Singh, who heads the production of Yash Raj Films.

“We are very happy to come back to Austria for filming and especially Tyrol and Innsbruck.”

Innsbruck Tourism’s strategy for the Indian market is clearly focused on Bollywood.

Karin Seiler-Lall, Managing Director of Innsbruck Tourism, says the films and TV productions play a key role in influencing the holiday decisions of many Indian guests worldwide, with a visit to the locations being a central motive for choosing a holiday in the Innsbruck region among visitors.

Karin Seiler-Lall said: “Innsbruck has played an important role in Indian film productions in the past and now ‘Tiger Zinda Hai’ – with elaborate filming in the old town of Innsbruck, and the villages Praxmar and Kühtai – represents the culmination of Innsbruck Tourism’s work to bring Indian film projects to the region.

“The tourist attraction of these productions is enormous, with the regional value added by overnight stays, catering, transfers and locally commissioned companies having a very long reach in India and a priceless image.”

In the past tourism year, the Innsbruck region welcomed approximately 60,000 Indian overnight stays – an increase of 18% compared to the same period last year.

Tiger Zinda Hai” is the sequel to “Ek Tha Tiger”, one of the most successful films in Indian film history, which in 2012 attracted many millions of people in India and subsequently worldwide. “Tiger Zinda Hai” will be screened on December 22, 2017 in Indian cinemas.