Visitors to Innsbruck can follow in the footsteps of Austria’s famous Emperor Maximilian I as part of a new walking initiative, designed to give people the inside track in the Capital of the Alps.

This year is the 500th anniversary of the death of Habsburg Emperor Maximilian I, and Innsbruck is pulling out the stops with a variety of activities to celebrate his life. 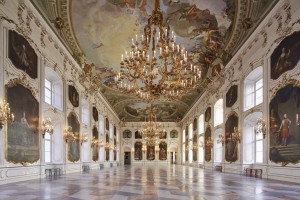 Part of the celebrations include a special walking tour, taking in the major milestones of the life of the Emperor, under Innsbruck Tourism’s new ‘Walks To Explore’ initiative.

Walks To Explore features seven tours, with the fourth in the programme named ‘In the Habsburgers’ Footsteps.’

Starting at the Golden Roof – the most iconic of the Emperor’s showpieces – the circular walk includes the Hofburg Imperial Palace, Maximilian’s favourite residence, and the Hofkirche Court Church, which is home to his empty tomb.

Further highlights within the attractions include the Imperial Palace’s Giant Hall, which is 32 metres wide and 13 metres long, plus the 28 life-size bronze figures that stand guard around Maximilian’s cenotaph. 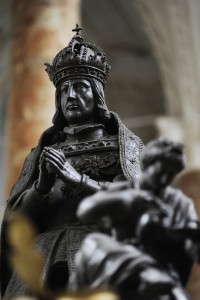 Offering easy access for all – including suitability for pushchairs and wheelchairs – it also enables participants to stop off at museums and attractions along the way.

Peter Unsinn, Head of Market Management at Innsbruck Tourism, said: “This walk offers visitors a great opportunity to learn more about Emperor Maximilian I and the imperial history of Innsbruck.

“Other walks in the series have also been carefully developed to showcase the many attractions around the city and to put the lesser known parts of Innsbruck on the map, with explanations and insider tips along the way.

“This is an exciting initiative for 2019 and we are delighted to be able to include the legacy of Emperor Maximilian I in the series.

“Almost everyone who hears the name Innsbruck immediately thinks of the Golden Roof.

“He not only had the glittering roof built and transferred important court offices to Innsbruck but is considered, by virtue of his marriage policy, as the founder of the House of Habsburg and was soon called the ‘first European.’

“We have a calendar of events organised to celebrate the Year of Maximilian, including the LIGHTSHOW MAX 500, taking place from November 2019 to January 2020. “It’s one of the most spectacular open-air light show experiences in Austria and is set within the historical ambience of the Imperial Palace.” More information about Walks To Explore can be found at www.innsbruck.info/exploring or the brochure can be downloaded at https://www.innsbruck.info/epaper/english/walks-to-explore/

Peter added: “The walks enable people to get off the beaten track to independently explore different aspects of Innsbruck, from its ornate architecture and rich history to the young, cool and modern side that attracts students from all over the world.” 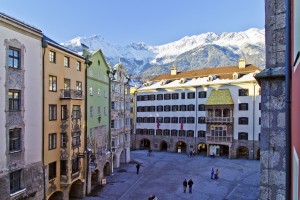 The best way to experience all of the museums and exhibitions along the routes is to buy an Innsbruck Card which gives free citywide transport and free entry to most attractions. Visit https://www.innsbruck.info/en/experience/innsbruck-card.html for details.

There are direct flights to Innsbruck from major UK airports, with the city centre just minutes away.