Visitors to the picture 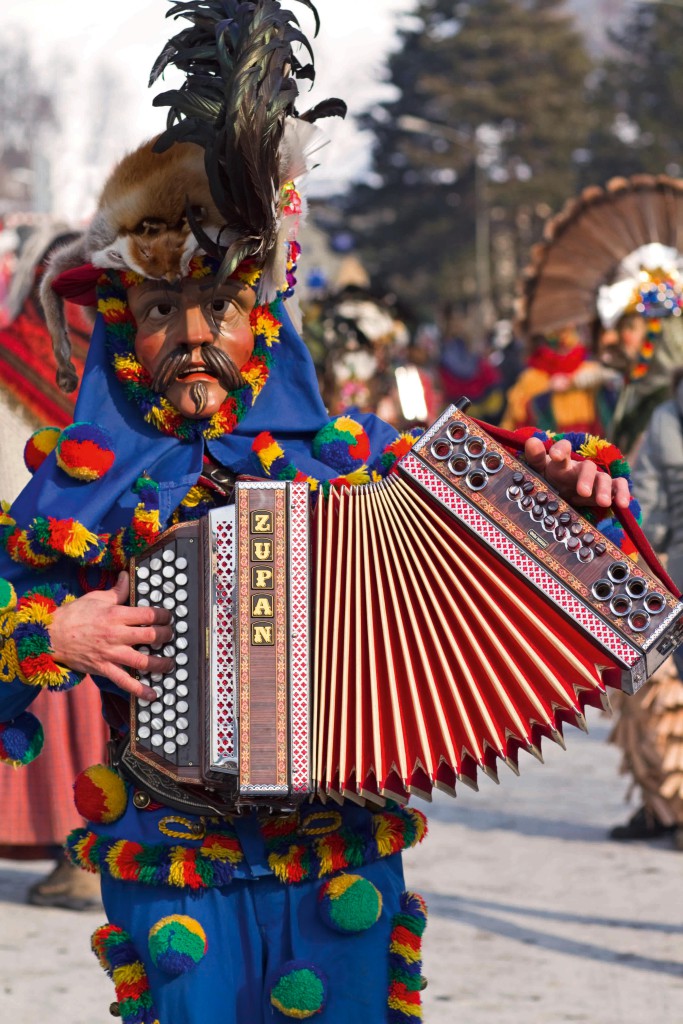 sque alpine villages nestled around Innsbruck can mark the passing of mid-winter with carnival celebrations rooted in nature.

The traditional Tyrolean Fasching – the Shrovetide carnival – is celebrated in Innsbruck, the Capital of the Alps, and its 25 surrounding holiday villages throughout February.

Reawakening the powers of nature, at the heart of the carnival are traditional characters dressed in elaborate costumes with a distinctive Tyrolean theme, including the “Halbweisse”, “Melcher”, “Zaggler” and “Zottler.”

These four represent each of the seasons and fill the village with the sounds of whip cracking and a party atmosphere as they parade through the streets.

They are supported by a range of other characters including witches, rams and bears, who mingle with the crowds and provide a stunning visual experience.

Such is their significance that, in 2011, the “Rumer Muller,” held in the picturesque village of Rum, as well as the traditional carnival figures of the nearby MARTHA villages – an acronym made of the initials of Mühlau, Arzl, Rum, Thaur and Absam – became part of the UNESCO World Cultural Heritage.

At the carnivals, highlights of the event include being tapped on the shoulder by one of the carnival characters. This act is considered a cause of celebration, a form of recognition – and even a fertility rite.

The events also offer the chance to sample some Tyrolean culinary delicacies and a host of regional specialties as part of the experience.

More details on the full range of carnival events across Innsbruck and its surrounding holiday villages, as well as insight into the history and culture of the events, can be found at https://www.innsbruck.info/en/innsbruck-city/events/customs-and-traditions/carnival.html